Protect Ex-Muslims (apostasy is not a crime)

1. The Wahhabi sect does not tolerate other religious or ideological beliefs, Muslim or not. Religious symbols by Muslims, Christians, Jews and other believers are all banned. http://en.wikipedia.org/wiki/Freedom_of_religion_in_Saudi_Arabia. * Iran bans Buddha statues https://www.youtube.com/watch?v=bBPvKGbR9Fg.


2. Restriction on Apostasy (converts from Islam to another religion): * The concept and crime of Apostasy has been extensively covered in Islamic literature since 7th century. A person is considered apostate if he or she converts from Islam to another religion A person is an apostate even if he or she believes in most of Islam, but verbally or in writing denies of one or more principles or precepts of Islam. For example, if a Muslim declares that the universe has always existed, he or she is an apostate; similarly, a Muslim who doubts the existence of Allah, enters a church or temple, makes offerings to and worships an idol or stupa or any image of God, celebrates festivals of non-Muslim religion, helps build a church or temple, confesses a belief in rebirth or reincarnation of God, disrespects Qur'an or Islam's Prophet are all individually sufficient evidence of apostasy. * The Islamic law on apostasy and the punishment is considered by many Muslims to be one of the immutable laws under Islam. It is a hudud crime, which means it is a crime against God, * In numerous Islamic majority countries, many individuals have been arrested and punished for the crime of apostasy without any associated capital crimes.

* The following nations treat apostasy under their criminal laws:

3. Whoever disbelieves in Allah after his belief... except for one who is forced [to renounce his religion] while his heart is secure in faith. But those who [willingly] open their breasts to disbelief, upon them is wrath from Allah , and for them is a great punishment; [quran 16:106]. * The Prophet said, "The blood of a Muslim, who confesses that Lâ ilâha ill-Allâh (there is no god but Allâh), cannot be shed except in three cases: 1. Life for life;  2. A married person who commits illegal sexual intercourse; and 3. The one who turns renegade from Islâm (apostate) and leaves the group of Muslims. http://en.wikipedia.org/wiki/Apostasy_in_Islam)

SOCIAL SERVICES HAVE BEEN DONE BY UIDF TILL TODAY

Our Mission and Progress 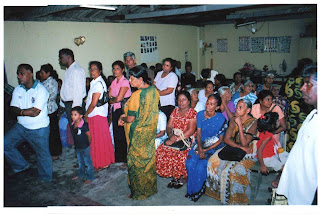 Mission
The mission of the UIDF is to help people who don't have at least minimum facilities to live. We help the people those who suffered by the war in Sri Lanka. And also We have donated eyeglasses, books, wheel chairs for disables and etc. We have given necessary items for the people whose who lost their houses by flood, toilets for poor families, roofing sheets, Desks and Benches for Children of Sunday school classes, storm water drainage for highly populated areas where most of the poor people live.
Our next step is to facilitate the people with publicly usable building and services those who lives hardly in highly populated areas. And we intend to provide employment opportunities for disables those who currently pending by their family members.
We prefer if you join with us and help the people who lives in North Sri Lanka and who have a lot difficulties right now. 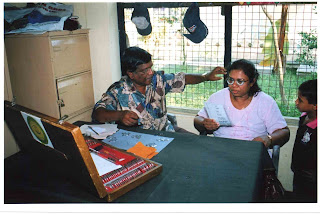 Checking eyes
We prefer if you send us e-mails or contact us through phone line.

Here we inform you about our progress of projects which we have currently involved with.
And we post all the information and reports of our past, present & future operations.

IF YOU JOIN WITH US WE CAN DO MORE.

WE WALK WITH YOU

FOR A PEACEFUL & PROSPEROUS FUTURE
Welcome visitor from

Follow us for help.
Please go to the bottom of this page to be a follower.

Tell others about us and try to do something helpful.